If only it was icing.

Jacksonville police say a 4-year-old boy tested positive for cocaine that he might have thought was white icing, according to the Florida Times Union.

It started when cops responded to a complaint about prostitution at Room 306 at the .

According to a police report obtained by the Times Union, the cops were eventually let inside the room where they found the 4-year-old child and two men.

The report says the 4-year-old tried to eat something off the floor, but police stopped him. The substance turned out to be cocaine. The police also noticed there was white icing on the floor and that's probably what the child thought he was putting in his mouth, the Times Union reports.

The 4-year-old was transported to a hospital where he tested positive for cocaine.

"The fact that we were called, the fact that authorities were notified, this could have saved this child's life," Jacksonville Sheriff's Office spokesman Shannon Hartley told News4 JAX. "You're talking about very dangerous stuff here when you have a child this young and you have drugs this ." 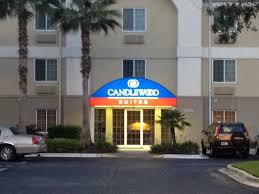