Filmmaker and director Spike Lee went on a profanity-laced tirade this past weekend in which he said that "Hollywood knows nothing about black people."

At the Sundance Film Festival, Lee opted not to introduce his much-talked-about movie Red Hook Summer. Filmed in 19 days in Brooklyn, N.Y., it's about a boy from Atlanta who spends the summer with his grandfather in a Brooklyn housing project. But at the end of the screening, in a Q&A, he attacked everyone from Hollywood to Tom Brady to the one-sided population of Utah. 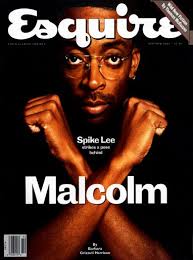