Has The Caylee Anthony Verdict Initiated A Crime Wave Against Children?

From the mother in Massachusetts, Tanicia Goodwin, who tired to kill her two children when she became overwhelmed with being a parent? To Dedorah Bradley, who 11-month old daughter, Lisa Irwin, is missing after the mother cannot remember where her daughter is after a night of drinking. Now here in Memphis, TN, Shakara Dickens is on trial for murdering her daughter, who she said she give to a friend of the baby’s father. Her daughter’s body has yet to be found, but a cadaver dog smelled human remains in the carpet of the car she was driving. Casey Anthony is now the blueprint for mother unmovable rights.

Last year my son was shot when he was 16 months old, after his mother, Vontrice Lowe and her girlfriend, Daisy Winston got in a fight. They said it was a drive-by shooting. However, how is it that all 13 shot where in just one room in a two-bedroom apartment? No one has been arrested and the police have stopped  looking based totally on the mother’s word of what happen.

Just this month, my son, now two received 3rd degree burn while in the care of the mothers girlfriend, who states the burns came from the bathtub water. My son was injured around 10 am Thursday morning, but wasn’t takes to the hospital until 4 pm Friday evening, 30 hours later. Once again base on the mother’s word, no one has been arrested. The girlfriend still goes to work everyday at Popeye’s, while my son has to continue to go to Le Bonheur Burn Unit for treatment.

I guess the Casey Anthony defense is taking hold here in Shelby County. Were as long as the mother says they have no ideal of how their child got hurt or end up die, they will get away with it. When will we really begin to protect our children, even from the ones who carried them 9-months? Is a mother’s rights that solid that they can get away with murdering and harming their children and remain free? 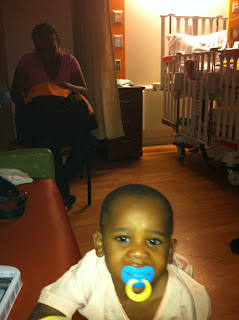